In a previous Solar filter test I explored how various filters help with getting some better white-light Solar surface feature photos, and I had noted that while I was using the Baader Astrosolar Safety ND=5.0 film, some narrowband filters would benefit from the photo grade Astrosolar ND=3.8 film, as with allowing as much as 1/6310 of the Sun’s light (vs the 1/100000 of the ND=5.0) gives you much smaller exposures that have less noise. It turns out that the photo film by itself gives you an improvement in results that no combination of filter can give you when using the ND=5.0 film, and allows you to use really long focal lengths. Because it speaks louder than words, just take a look at my first attempt at the Sun with the photo film and just my 80mm ED and Canon 600D in 3x zoom video (stacked with Autostakkert): 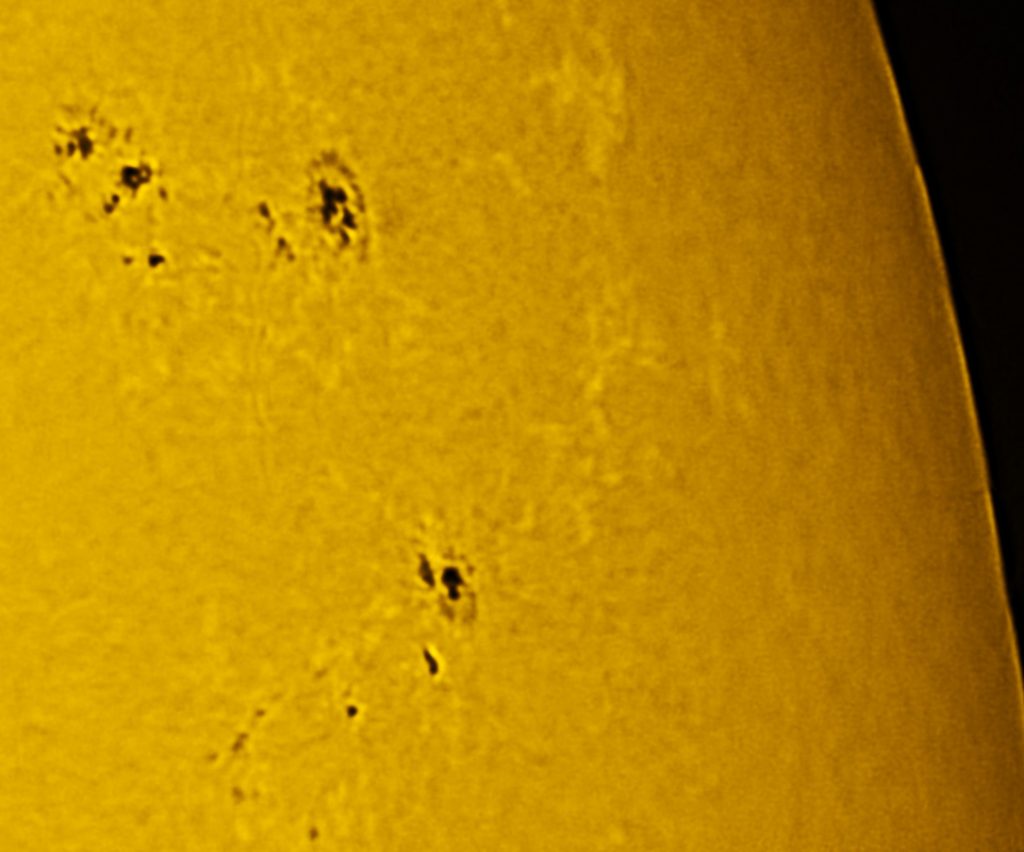 Great detail, right? It is at an effective 4000mm focal length using a 5x TeleVue Powermate and yet thanks to the high transmission of the filter I could do a 1/1250s exposure at ISO 400. Apart from stacking with Autostakkert I used Registax 6 for wavelet sharpening and made the color yellow in post-processing (normally the Baader filter gives you pink/purple with a modded DSLR). The filter is usually sold in 20x30mm and 50x100mm sheets (at £30-60 usually in the UK, similar in the rest of the world) but, strangely, there seems to be a shortage right now, so your best is to look at ebay – that’s where I got mine.

To better illustrate the difference that the ND 3.8 filter makes, look at the comparison below with the ND 5.0 using the same equipment pointed at the same Sun spot: 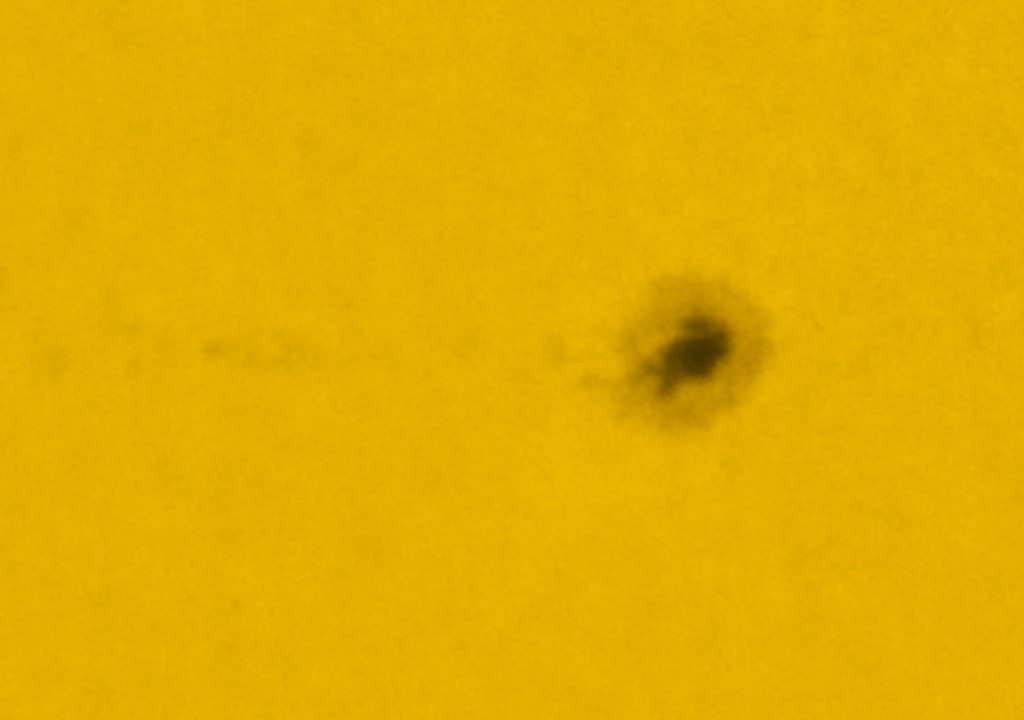 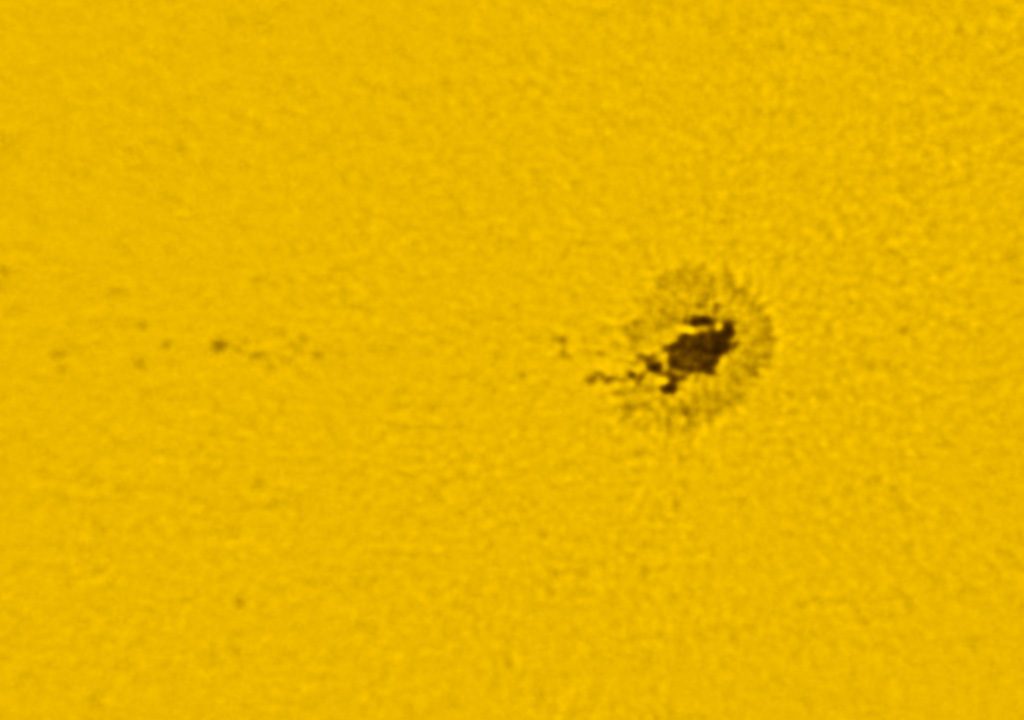 The processing was identical and as you can see the difference is staggering. Simply put the visual filter is not for high-magnification photography. You can improve results by adding extra filters if you have the visual filter, but not as much as switching to the photo film. As a last test, we try using the Solar Continuum filter along with the photo film (which drops the overall transmission to below the ND 5.0 levels): 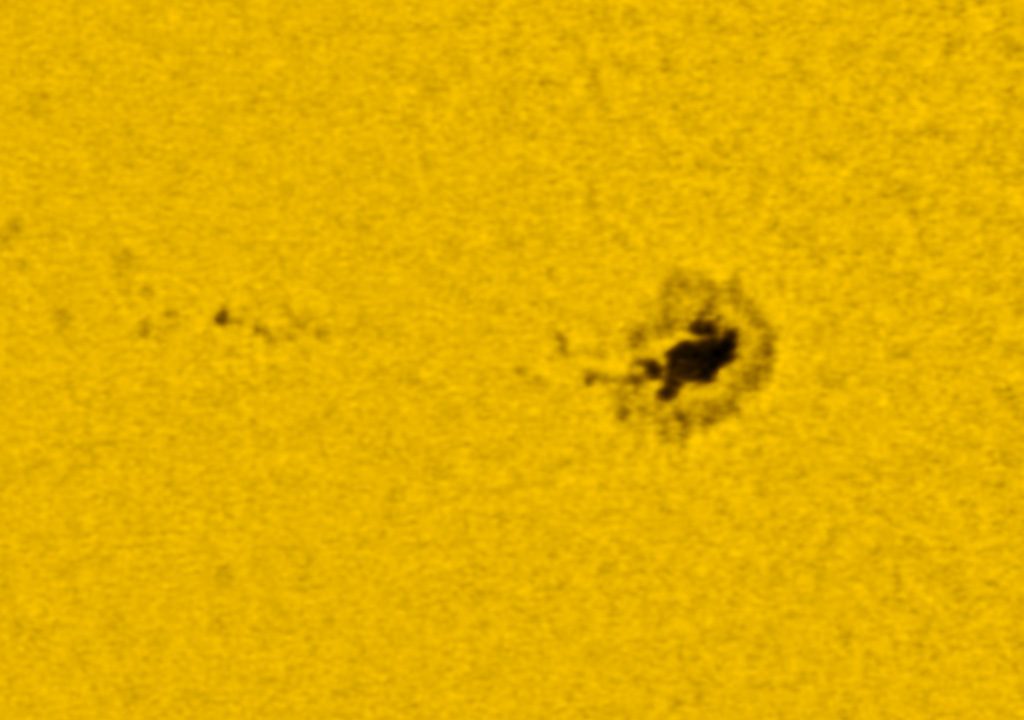 The result is interesting, as there is more granulation on the solar surface, and the center of the sun spot is darker which makes small sunspots a bit more visible, however the sunspot itself and especially the outer areas (as well as faculae – although not obvious from this pic) have more detail without the filter.

This site uses Akismet to reduce spam. Learn how your comment data is processed.